“In this video, I am going to talk about how you can benefit from the day, which is the fourth moon, a very special fourth moon on which you can access Ganesha’s energy. He is the God of Gods and who is in charge of the highest intelligence.

Ganesha’s intelligence is far-reaching that he could help you to sort out obstacles even before they come in your life. So, obstacle removal is another characteristic of Ganesha.

The third one is Ganesha finds shortcuts. He could do things in short amount of times and sometimes instantaneously, and that is one aspect of Ganesha that you can access.

The fourth one is, he also the God who can give you a very pleasant physical appearance. He is in charge of giving a good-looking face. So, that is another one area that you would want to focus on.

I have suggested to people to do special Poojas, rituals to access that particular aspect of the God. We would have separate areas to focus on and depending upon what you want. If you can just take advantage of this, that would be very interesting.”
– Dr. Pillai

Begin Your 2020 New Year With Ganesha

We invite you to start the New Year with Ganesha, the Archetype of New Beginnings. Participating in this 45-day and 90-day 4-in-1 Ganesha Program, created under the guidance of Dr. Pillai, you can receive the ongoing blessings of Ganesha in his below 4 powerful forms to improve 4 key areas of your life for a successful and prosperous 2020.

These 45/90-day Programs give you an opportunity to be virtually present through your Birth Chart inscribed on a copper plate, the surrogate technology which represents you, and enables you to be present during the 45/90 day Program. Your energized Birth Chart on a copper plate will be sent to you at the end of the Program and will vibrate with the Divine blessings of the poojas done on your behalf. 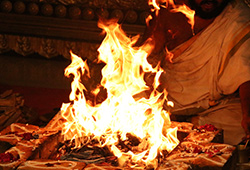 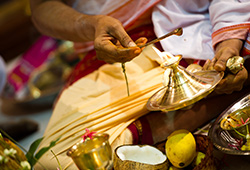 45 Archana to 4 forms of Ganesha at AstroVed Remedy Center

As per traditional belief, performing the Archana to 4 forms of Ganesha can boost confidence and help achieve the highest intelligence, give a fulfilling life by removing obstacles, grant success in all endeavors and bestows youthfulness and everlasting happiness 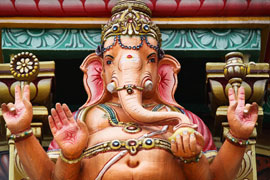 As per Powerspot legend, Lord Ganesha broke the axis (achu) of Lord Shiva’s chariot when he failed to worship Ganesha, the Lord of beginnings, before commencing war against the demons – Tharaka, Kamalaksha, and Vidyunmali. Worshipping Ganesha here can remove any obstacles on your path to success 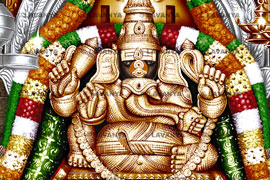 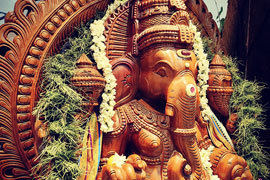 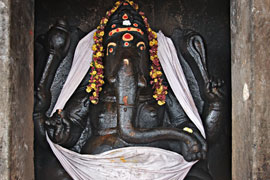 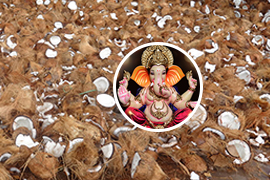 Coconut smashing is a spiritual technology that can manifest results fast. As per the scriptures, coconuts have the special ability to absorb your karma, and smashing coconuts can bust negative forces blocking your progress. 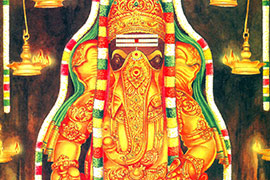 ‘Karumbu’ in Tamil means sugarcane and the blessings of this oldest Ganesha of Kumbakonam can make your life sweet as his name suggests. Performing Abishekam here can fulfill all your wishes 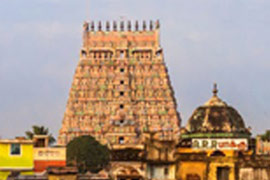 It is a Powerspot practice to apply butter on Ganesha after Abishekam. It is believed to cure illnesses and bring relief from all kinds of obstacles 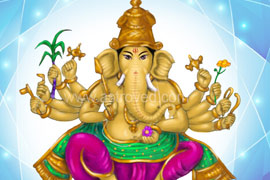 In this Powerspot, Ganesha’s trunk is in the shape of Viruchikam (scorpion). Performing Abishekam here can bring relief from poisonous insect bites 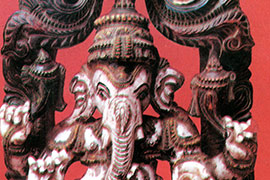 Lord Rama conducted a yagna here after defeating and killing Vaali. Since, he did not worship Ganesha, the yagna was not successful. Later, Rama apologized and conducted a grand yagna with 4000 priests of which Ganesha is also one of them. Hence, called as Naalayirathil Oruvar – 1 in 4000. Performing Ganesha pooja here can bestow success in all endeavors

What Will I Receive?

You will receive the energized birth chart along with the sacred grey ash powder from the Homa, which will be blessed in the rituals. Keep this on your meditation altar and wear it on your forehead during meditation or at other times to expand the Divine blessings into your life.

The ritual is the carbonization of thoughts. Carbon is our information bearing atoms. The carbon residue (ash) given out as Prasad is to be placed on the third eye area of the participants and carries the blessings of the archetypes invoked.